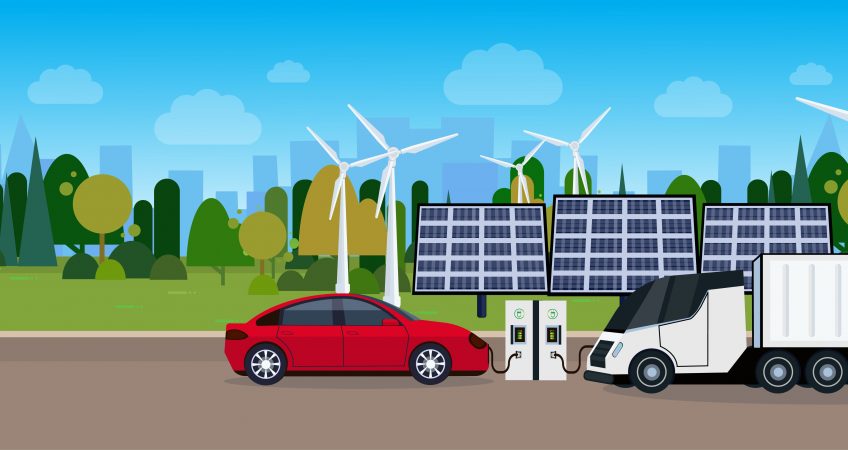 Could solar powered vehicles and trucks be more utilized in the future? Could you see yourself with a solar powered semi-truck drive cross country?

We’ve had the education of solar power for years which we could’ve used sunlight for energy…so why haven’t we?

Saving energy is an ongoing process, not only at home but also on the road. Solar power is the conversion of energy from sunlight into electricity. For a moving vehicle panels to focus a large area of sunlight into smaller beams.

A truck driver & former solar panel industry worker, Joshua Seth Hill, had the same questions, why are we not utilizing the power of the sunlight? Hill is the founder of the company Awaken Solar, originally from Idaho but with big dreams to explore coast to coast. He is going to have a solar powered truck drive cross country to embark on a tour of America that will take him from Idaho down the West Coast to California then across the country to Florida before heading up the East Coast and turning toward home.

He wasn’t sure if a vehicle of the same sort was already created, but his knowledge was enough for him to create his own. He thought to himself “You go through truck stop, you have tons and tons of generators and trucks running all night,’ Hill told news station KVOA, “if they’ve been charging all day off solar, they can be using that electricity all night.”

There’s always risks to consider, one of the biggest issues is the weather. As much as you could track the radars, severe weather could cause damage that could stop the system from working. Too much heat could also give you less energy.

Even if you are a driver that does their best to think of the planet first, if you are unable to do what Josh did, do your part & keep the earth as clean as you can. Let’s reduce our carbon footprint, conserve as much as you can, together we can achieve better living.