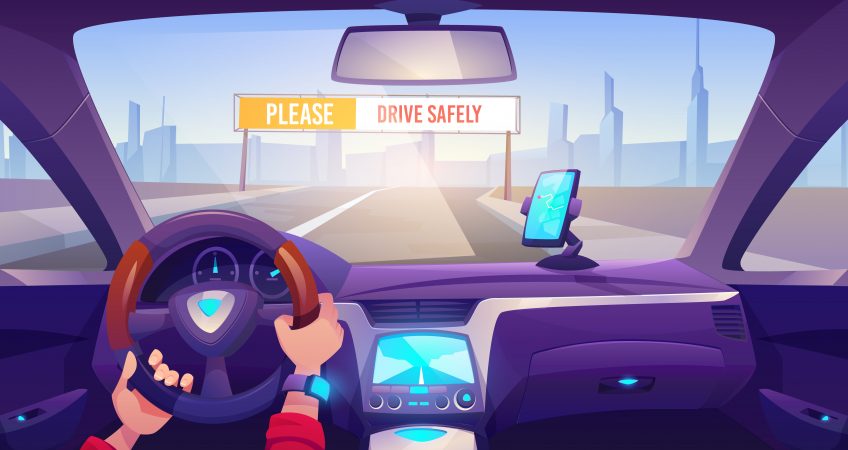 In June 2019, Senators revived a plan that would “require all new commercial trucks with a gross weight of 26,001 pounds or more to be equipped with speed-limiting devices, which must be set to a maximum speed of 65 miles per hour and be used at all times while in operation.” If the S. 2033 legislation passes the Senate in 2021, carriers and independent owner-operators will have to install aftermarket speed limiters on all trucks.

OOIDA on the other hand stands against these mandatory speed limiters.

Despite ATA’s try to speed up the process with speed limiter legislation, OOIDA swiftly responded by sending an opposition letter to the Transportation secretary. Not only they don’t agree with the statement that the speed limiters will compromise safety, but they also state that they actually make roads less safe.

“The government’s proposal to mandate speed-limiting devices on large trucks would be dangerous for all highway users,” OOIDA states. “Such devices create speed differentials that lead to more crashes and promote road rage among other motorists.”

“Studies and research have already proven what we were all taught long ago in driver’s ed classes – traffic is safest when vehicles travel at the same relative speed. What the motoring public should know is that when they are stuck behind trucks on long stretches of highway, those trucks are limited by a device to a speed well under the posted limit. This proposal would make that the norm for every truck on the road. Highways are safest when all vehicles travel at the same relative speed.” added also Spencer

It all starts back in 2006 when ATA and FMCSA filed a petition initially called for a rule requiring the use of limiters in commercial vehicles. It took several years when in 2016, the FMCSA issued a Notice of Proposed Rule Making on a speed limiter mandate. No action was taken on the proposal during the different administrations so far. Not only but also it has been considered to be removed from the list of the Department of Transportation’s priorities.

Now with the new administration, speed limiters could once again be a subject of discussion.

Read more about the trucking regulations in 2021

Best service all around! Been working with Anetta for 5 years now and always receive top notch service, always goes the extra mile!

“Matrix has proven to be a very dependable trucking company.  This is highlighted by their excellent communication and sense of urgency on every shipment.  The dispatchers are trustworthy and are always willing to help us out.  The exceptional service and accountability have created a great partnership!”

“Matrix is the kind of company we like to deal with. They’re not too small or too large, and they’re open to changes to get the job done right. Matrix operates with integrity and they hold us and their fleet accountable; that is the type of partnership we like to see. They’re a carrier built to succeed and it has been a pleasure working with them and watching them grow.“

“Hello, I am Kevin VanWalleghan and I have been driving for over ten years, I have been working with Matrix since August of 2015. I am a contract driver for Mariya Swanson, AVNS Capital.

From the beginning when I was processing in Matrix staff in the office has been very helpful professionally and fun to work with. Over the months with Matrix I rarely make it back to the office so most of the contact I have with everyone there is on the phone or electronically. However making contact and successfully completing the business of the day to day trucking tasks is very easy. The dispatch and load logistics staff has kept me busy without waiting for loads after deliveries. I have had one or two occasions that I have had to wait several hours for a new load but that’s trucking sometimes. Overall I am preplanned and go from one load to the next without any problems. When issues arise they are there and willing to assist and make things work, I have worked with many dispatchers in my time, these folks are top notch and willing to help out the driver.

The support staff in the office is always available and willing to help with any issues that can arise from load paperwork to permits. They are always ahead of schedule giving me advance notice for anything that may be expiring and needing to update. Paperwork is emailed to me so I can print it out at home or at the closest truck stop. Because I haul hazmat materials so often I have come to appreciate the small inconvenience of having to send copies of all paperwork related to the hazmat load being accepted before leaving the dock. I have learned much about the details of that complicated Hazmat paperwork from our Safety coordinator Rosi. Rosi has saved me possible write ups by finding small details that can get a driver written up or put out of service during a DOT inspection.  I always enjoy working the office staff as they are one of my most frequent contacts with Matrix.

The owner of the truck I pilot has had no issues with being paid on time to my knowledge as my pay for my weeks driving has always been on time and in full. Matrix offers inspection incentives for passing DOT inspections. I have had the opportunity to collect on those 3 times over my time with Matrix. The trailer I pull is owned by Matrix and issues with the trailer when they come up are resolved quickly and easily.

Now the important part for us drivers to consider is home time. I have been able to be at home whenever I have requested to be home, within reasonable amounts of time being out on the road. The dispatch staff is great they get me home for weekends at times for a reset or longer if that’s what I request. The office doesn’t call and bother you with silly questions; they really respect your time at home with your family. Something I really appreciate!

Overall the staff at Matrix is excellent in my opinion! They all work to make the task of trucking as easy and efficient as possible. I know the feeling that I get from working with them, even as little as I get to the office, is that of being part of Family. This makes working with Matrix so much more enjoyable for me as a driver.“