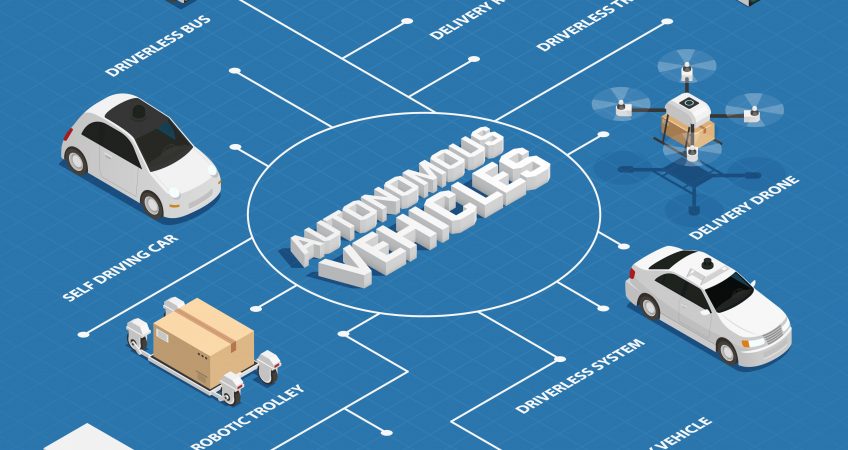 We all know that truck drivers play a crucial role in economics for many years until now. However, there might be a threat to professional truck drivers due to the driverless trucks that are approaching. Autonomous vehicles are behind the corner and are making progress toward commercial deployment. Are they really a threat or an opportunity for the logistics? Read below.

In Arizona ( and few other states), a testing period is already in process, including depot-to-depot autonomous runs. Of course, there is somebody who rides in the cab and is ready to take the wheel if needed.

“If it’s your livelihood that seems like it’s being threatened, it is an immediate problem. If it is [a technology developer], it feels like things aren’t moving fast enough — the infrastructure’s not built and it seems further out. Nothing will happen overnight, but automated vehicles will certainly make inroads into the workforce.”

There are different perspectives and points of view when it comes to those AVs.

“Driverless trucks will only become a reality in certain segments of the industry, in operations where they make sense such as in long-haul duty in out in the open spaces of [the] west where you’ve got big square states.”  “But it won’t be a ‘one size fits all approach; it’ll happen segment by segment.”

“A driver not driving can be on the Internet, connected to the ‘outside world’ and actually look for spare freight – generating more revenue for the [trucking] company and probably more pay for themselves as well,” Kar said.

“It starts with driver satisfaction, for both existing and future truck operators. Drivers won’t have to physically operate the truck for long periods as the [autonomous] technology will allow them to take breaks and stay connected with the world outside while in the cab. That ‘connectivity’ will be very important for recruiting younger drivers.”

In January, DOT released a study called “Macroeconomic Impacts of Automated Driving Systems in Long-Haul Trucking”. According to this study, there are productivity benefits due to ADS in the trucking industry as well as indirect benefits for the wider economy.

Our model indicates that the productivity enhancements from the adoption of ADS in the long-haul trucking sector will increase GDP, capital, employment, wages, and welfare that can be monetized into billions of dollars,” the study asserts.

“Additionally, our model concludes that these economic benefits can likely be reaped without mass lay-offs of long-haul truck drivers. Assuming the occupational turnover remains near today’s levels, employment levels in the long-haul trucking sector will necessarily fall due to automation, but will not force lay-offs in the slow- and medium-speed adoption scenarios,” it states.

No one knows for sure when the AVs will become widely adopted and fully automated. What we know is, there is time until we reach Level 4 or higher automation which can impact long-haul truckers. Levels 4 and 5 mean the truck will be able to operate without a human driver.

“The acting administrator wasn’t wrong in what she said, but the headlines are getting it wrong and the narrative is wrong,” said Finch Fulton, the former deputy assistant secretary for transportation policy at the DOT. “That’s because if you tell people that it ‘seems’ their jobs are being threatened, they’re going to think it is.”

But that’s not what he thinks is going to happen at all.

“If you are a trucker today, you will probably be able to retire as a trucker,” Fulton said. “If you are a younger-than-average trucker today, you can choose to work for a company with a human-centric approach or use autonomous truckers to help augment your own operations. If you are the trucker of tomorrow, you will likely be able to make informed decisions and to choose to be trained for the jobs of tomorrow.”