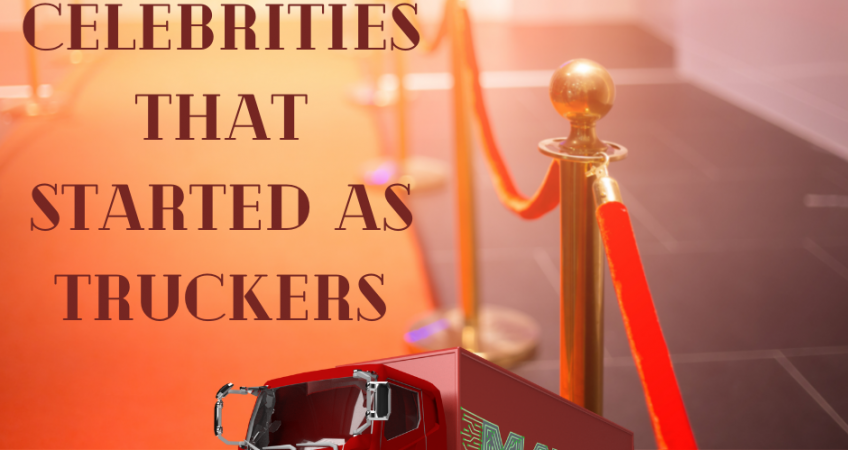 Not all celebrities are born famous. Most of them have started from completely different industries. If you are a trucker sitting behind the wheel and dreaming of becoming famous, nothing is impossible! Here are some of the celebrities who have started as truck drivers.

He is known as the protective father fighting his daughter’s kidnappers from the “Taken” movie. But long before becoming an actor, he was driving a lorry truck for Guinness company. The catalyst for his acting career to start was one of his co-workers who convinced him to leave the trucking industry and try acting.

Can you believe that the king of rock and roll was first the king of the big rig? After graduating high school, he started driving trucks for the Crown Electric Company in 1954, making 40 dollars a week. Rumour has it he even got his iconic hairstyle from the truck driver fashion of the time.

That’s right! Bond…. James Bond was first a truck driver! He drove 18-wheelers after leaving the Royal Navy, following his dad’s footsteps. Yes, his dad was a truck driver too! Not only in real life, but he also played a truck driver in “Hell Drivers” before taking the role of James Bond.

The director of the well-known movies “Terminator, Titanic and Avatar” got his start from trucking too. The reason for driving trucks was to save money for movie equipment so he can make his short movies. His inspiration came when he saw “Star Wars”. Then he decided to quit his job and officially join the film industry.

Before he started his career as a comedian he was working as a truck driver and a factory worker. He moved loads not only across the US but also in Europe. Rolling stone listed Richard Pryor as one of the top 50 stand-up comedians of all time!

Not only movie stars are born from trucking! Bukowski was a well-known poet and storyteller with a large cultural and social impact. Actually, he was working many different jobs including driving a truck to support his work as a poet. Who knows, maybe the beautiful big rig views inspired him to write some of his masterpieces!

All of these celebrities have something in common- they all have started as truck drivers. The trucking was their trampoline to reach their dream career!

Who knows, maybe Matrix, Inc can be preparing the next big stars for their compelling future…

Matrix, an owner-operator-based company out of Illinois has been utilizing Ditat since late 2018. Their team’s been a pleasure to work with from training and implementation to the occasional support call or email. Matrix uses an array of Ditat features including our portals allowing load/invoice tracking for customers, the ability for drivers to view and download past settlements, and other data transparency as well as document accessibility. Aside from their portal use, Matrix has integrations with KeepTruckin, WEX fleet card, and QuickBooks to further track data and ease the workload on their employees. Their staff communicates clearly and promptly. They are a great choice for full truckload, hazardous materials, and expedited freight services. They stand by their values in establishing a trusting, long-lasting relationship. It’s no surprise their growth and reputation have developed to where they are today. For brokers, shippers, and drivers alike; Matrix is held in high regard by the Ditat team!