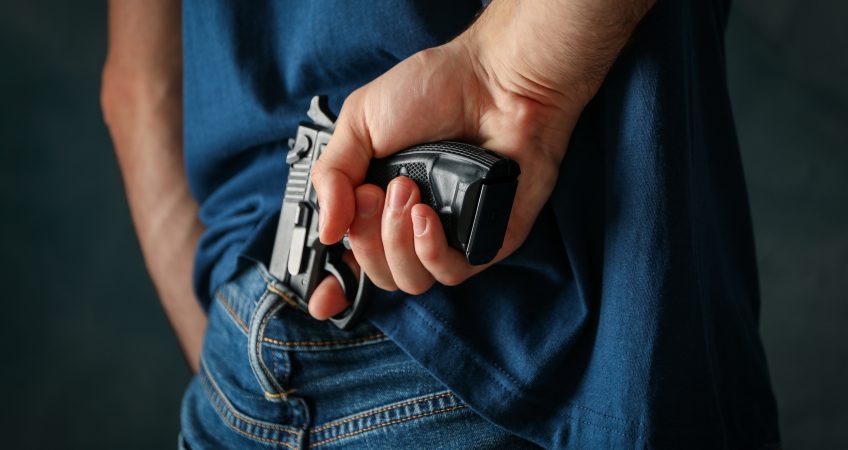 A trucking group have ignited protests to have rights for CDL drivers to conceal and carry on the road. Truck drivers have always had dangerous jobs, and as everything progresses their work becomes more dangerous. For drivers to be able to have a gun on them at all times would give them peace of mind.

“We’re discussing how to get legislation introduced that would give active CDL holders an addendum permit to their license that would be connected to their concealed carry gun permit,” explained Ingrid Brown, who oversees safety education for the United States Transportation Alliance (USTA).

“The point would be to allow drivers to carry a concealed weapon in their truck – not in just the concealed-carry permit state that they’re from, but across all 48 states that allow for concealed carry within the state.”

As protests grew countrywide against police brutality, there has been talk about easing gun restrictions throughout the country. Some states allow conceal and carry but not all 48. As a driver who can be attacked for stolen goods, it would be in their best interest to be able to have the protection they need while on the road.

A USTA member was driving on I-70 along Ohio earlier this week and got ambushed by gunfire in an incident unrelated to the protests. Sometimes you are at the wrong place and wrong time, but your safety matters, and you should be able to protect yourself. Every profession has its risks, but a life of a CDL driver also has its rewards.

At this day and age the rights for CDL drivers to conceal and carry is important. Drivers don’t pick and choose where they go all the time, usually they follow where the money takes them. However in some situations you could end up picking up or dropping off a load in a more dangerous neighborhood.

“If I’m on the street waiting to get into the shipper or the receiver, how do I protect myself? We want to do as much of our own homework and research and education on this issue so that we can bring more awareness not just to local and state governments, but also to Congress, on what we’re dealing with out here and how we’re dealing with it.”

A poll was taken by FreightWaves between owner-operators, company drivers and fleet owners if easing restrictions countrywide would be supported. Although it was an informal survey, there were some controversial answers. Larger trucking companies may be more strict about their policies regarding weapons, but if laws were to change, companies would hopefully adjust and loosen their rules.

“Our greatest hope would be for companies to see what’s going on out there with a potential law that gives them a reason to change their own policy for drivers that want that protection.”